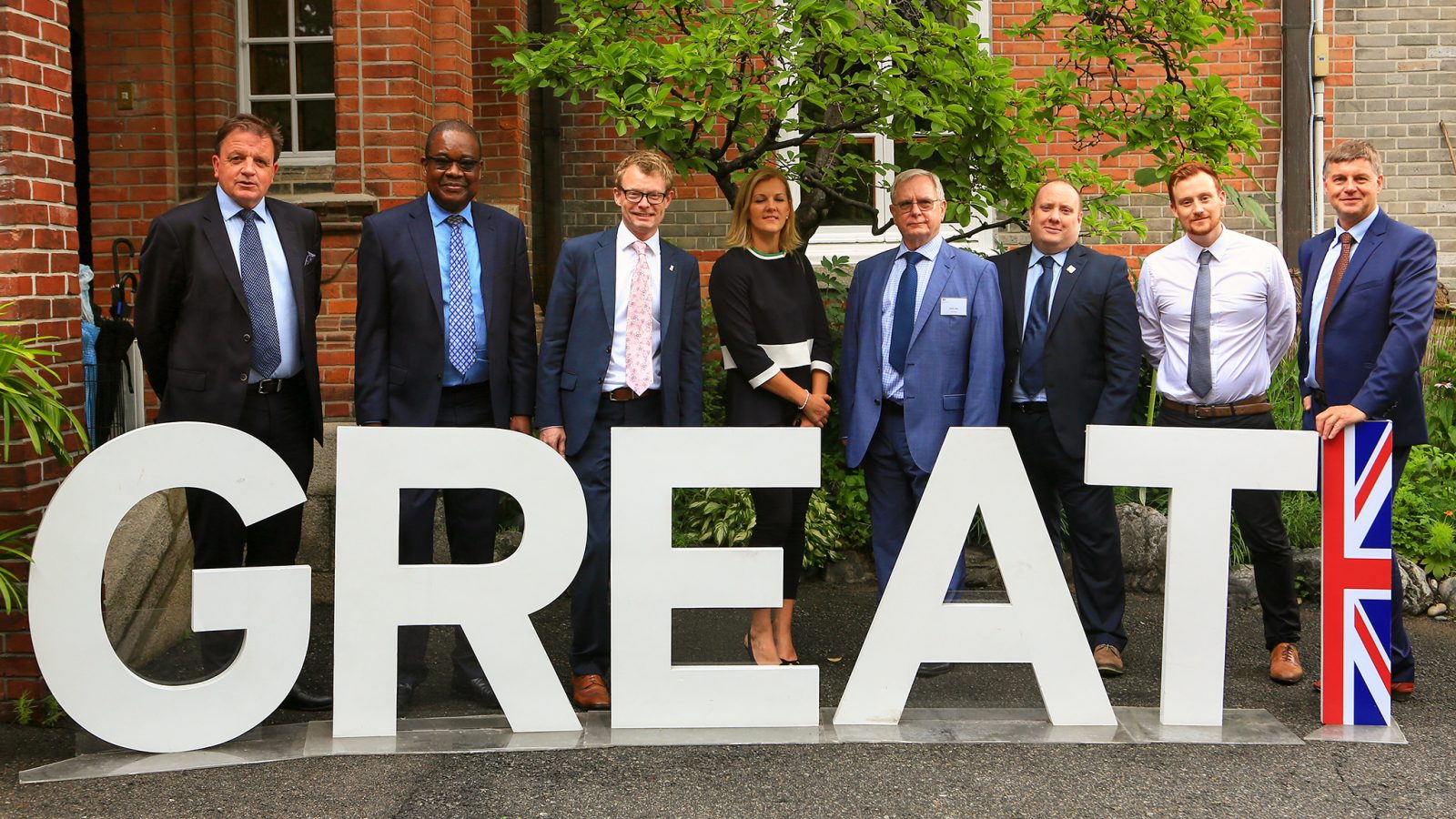 July 2nd
Presentations, Networking and Reception at the British Embassy

Fortunately SMMT had programmed the start of the first full day to begin at a very respectable hour.  Breakfast tucked away, Matt gave us all a quick prep for the day, which was essentially to be spent in the British Embassy complex, just a short walk from the hotel.  In the pouring rain.  This excellent hotel comes well equipped with wide, sturdy umbrellas.  Thank goodness.  Just as the heavy end of the rainy season begins, we were told.  That’s going to put a crimp on seeing things!

One brisk walk dodging pooling water later, while rain sprayed from open and semi-furled umbrellas, with controls at the Embassy gate all done, into the general conference room we went.  Here we met with Jiyoung Lee, Senior Trade Manager with the UK Department for International Trade in Korea, who had put the week’s program together.

Getting to know Korea

Some warm, welcome coffee later the sessions began, where we were introduced to Korea, its economy and business activities, the challenges it faces and the opportunities it must grasp.

Many of those challenges and opportunities are familiar territory in Europe: an ageing population, increasing youth unemployment of graduates with higher aspirations, increasing barriers to trade while having to import much, yet dealing with ever more powerful competitors that lead to lower margins. Add to that general geo-political uncertainties and ire of unpredictable but pugnacious politicians all around and you can understand South Korea has much about which to worry.

While we ate a simple sandwich lunch in the bar area, the conference room was re-configured to give each of us a round table, at which we were going to meet local businesses.  I had brought a small pull-up banner with me highlighting Silent Sensors, so I was convinced my table was going to stand out.  That was before I saw Steve’s incredibly beautiful engine components, or the clean lines of John’s aluminium pieces, or Gboyega’s incredible magnetic gears.  Still, we were all busy with meetings for quite some time; I had the pleasure of meeting four companies.

Each of us was supported by an Interpreter.  This was novel for me, as I’m used to speaking directly to whoever is in front of me.  In Korea it seems people are either less adept or more shy in speaking other languages.  This we were to discover in all our meetings here, regardless of company and seniority of people we met. I would speak, the person would frequently understand but request the interpreter translate anyway, then reply through the Interpreter.

Reception at the Ambassador’s Residence

The final meeting concluded, we were invited to the Ambassador’s Residence, just a short stroll up the rise.  Parked in front of the entrance were three British made cars: a white LandRover Sport, a blue Mini One and a red Jaguar F Type SVR Coupé.

Ambassador Simon Smith came out to greet us all, and to give a short welcoming speech, then line everyone up for a photo shoot.  At the reception in the Residence Ambassador Smith gave another short speech, starting in Korean, welcoming not just us but also the gathering of representatives of many Korean companies there, some we had met before, others new.

The last salutations made, morsels munched and wine quaffed, we were rounded up and strolled back to the hotel, paasing the DaeHanmun Gate, the main entrance to DeoksuGung (the royal Deoksu Palace) under a heavy but rain-free sky.  Some hardy souls stayed up to watch the World Cup.  I crashed.