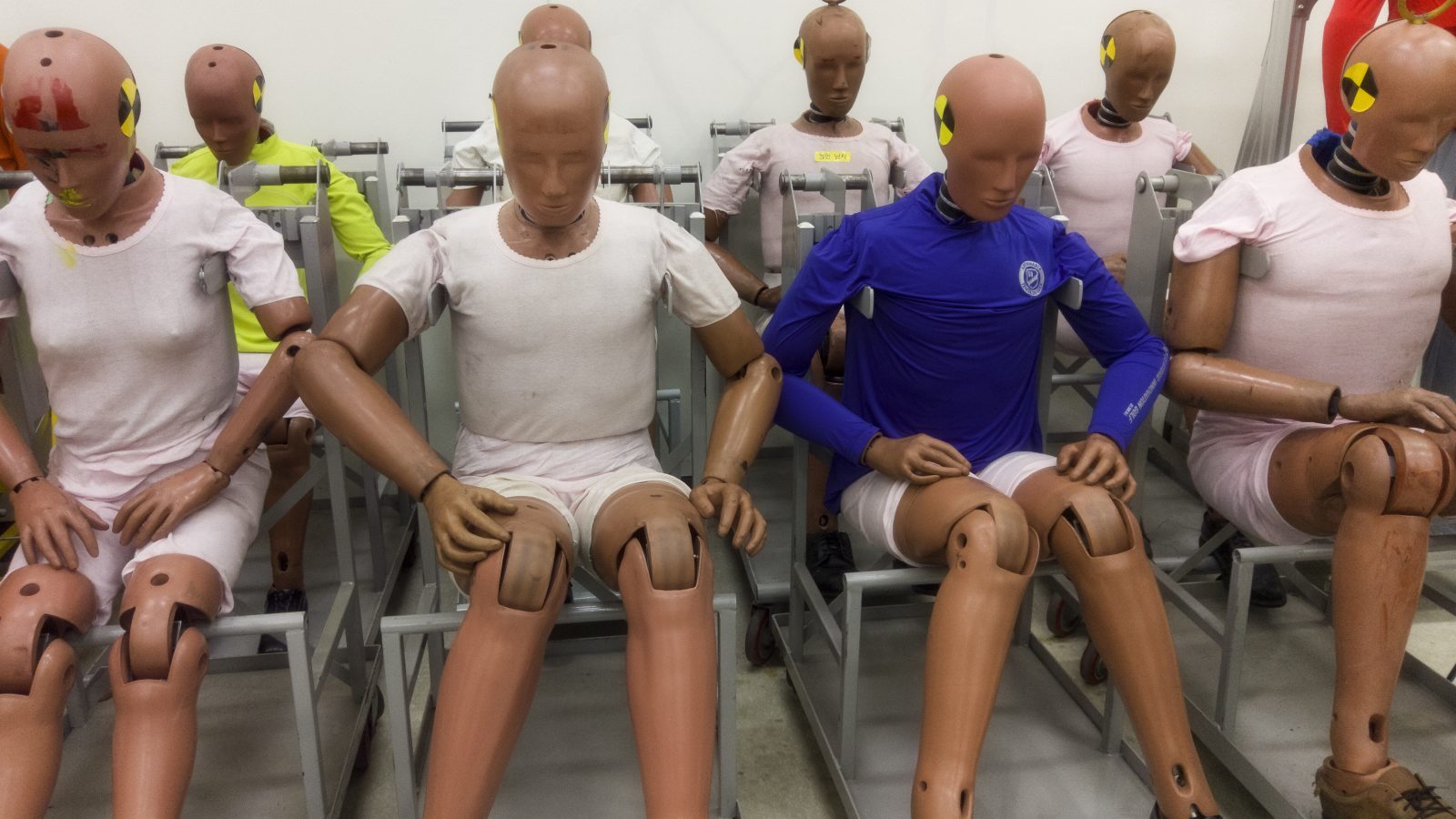 This was a get-up-early day, because there was going to be a lot of travelling.  The coach SMMT organised for us was truly splendid.  Think business class on a 747 and you have it.  With big flat LCD screen on top.  This was to become our battlewagon as we went from event to event over the next two days.  The day was misty as we left Seoul, running south to cross the great Han river into the K-popped business district called South River in English  – and GangNam in Korean.  We resisted; the seats were too comfortable and the coach rolled through very fast anyway.

We sped along a broad highway, passing small towns, the occasional hamlet, and the rare family farm, with its rice fields and orchards.  Everywhere we travelled, the country was a jumble of sharply peaked hills. all swathed about with green woods and forests, kept apart by the occasional vale and many broad rivers.  Hardly a broad plain in sight.  Korea would be an Asian Arcadia, were it not that each and every town and townlet is appears entirely made up of high towered, beige or white toned apartment blocks, all crammed together and devoid of outward personality, just numbers writ large on blank walls to identify them to who lives there.  There a winding valley, a river famously running through it, wild-wooded hills crowding around; yet where the river curls around a in a fold of hills, completely isolated from all else, twelve high rise, quartz white blocks have been slipped in to the scene, like baguettes in a basket.  How beautiful Korea is, but what visual dissonance it can create too.

Soon enough we turned off the main highway at Hwaseong, to take a short dusty road to KATRI (Korea Automobile Testing & Research Institute), which is Korea’s premier testing ground for all the elements and technologies that will go to make up the infrastructure and environment for the future autonomous vehicle.  This project they call K-City, in emulation of the University of Michigan’s MCity.  We did not get to see the testing area itself, but we did get a full presentation of what it is now and what it will become, which with its mini village and various road simulations, along with 5G transmission, will definitely become a premier testing site for vehicle and components manufacturers from around the world.  We werer given atour of the lab testing facilities, starting with a room full of crash dummies and ending up in a sound chamber rigged to test the range of radio frequencies.  A representative from Horiba MIRA was there and spoke with us too.  MIRA is another testing service with facilities in several countries, including England, so meeting him proved most useful.

The meeting over, we clambered back aboard the SMMT coach to head back to Seoul and a meeting with KSAE (Korean Society of Automobile Engineers) in GangNam.  Here over lunch we spoke with a number of engineers and research specialists about the electric and autonomus vehicles, as well as the infrastructure needed to make both viable concepts.  For me the most interesting discussion was with the senior manager of one of Hyundai’s business units.

By happy coincidence our nest meeting was in Hyundai’s Motor Studios, over in Seoul proper in Goyang.  Its panoramic view over Seoul soon to be extinguished by more high rise apartments and other skyscrapers, Hyundai’s building is truly impressive.  Our SMMT coach pulled into the forecourt a moment after the arrival of Britain’s Minister of State for Trade and Export Promotion, Baroness Rona Fairhead and Ambassador Simon Smith.  After an all-around photo shoot we went up to the main boardroom, where Hyundai Director for Europe Mr. Suk Hyun Ka, Baroness Fairhead, Mike Hawes for SMMT and we seven companies all made brief presentations.

The principals exchanged gifts and then headed off to their own meeting, while the rest of us got on with more general questions and answers, specifically about the future of vehicles and transport.

The people at Hyundai invited us to tour their facilities, starting with the cars on show in the general concourse, which has as a backdrop the largest, longest, continuous digital screen I have seen.

A guide (actually a management trainee) gave us an earpiece and began the tour.  She asked which car we waned to see first.  Without exception we all pointed to the fire red, flame painted car we had all seen as we walked in.  “Ah yes, that is the Veloster, one of our new green cars.  Have any of you seen the movie Deadpool?” she asked.  Some hands went up.  “Well there is a new Deadpool movie, to be released here tomorrow.” she added. “This car stars in that movie.”  OK so now I’m definitely going to see Deadpool 2.

Strolling past the new model line-up, the guide told us we were going to see some of the processes Hyundai has for manufacturing vehicles and a series of concept rooms for R&D.  What we actually walked into was, basically, Universal Studios for Cars.  It was amazing.  Every time something just blew me away with its artistry, visualisation and insight into design, around the corner lay another wonder that blew me away all over again.

There was the making of the metal plates, the forming of them into doors, the multi-spraying of them, and the assembly of the interior.  All brilliantly simulated in stand alone pods.  Broad steps led down to what appeared to be a crypt, only for it to become an Aladdin’s cave of wonders.  Testing systems, design systems, simulation systems, one bright jewel after another.  The guide got several of us to ‘redesign’ body contours for less resistance, see how sound could be imagned and shaped, see how accidents can be simulated, visualise a car’s contours with thin columns of aluminium and, to round it off, a real joyride in a 3D simulation of rally driving.  Breathtakingly beautiful, incredibly well designed and wonderfully presented.  Never have I seen a company presentation as captivating as Hyundai’s.  I’m a fan!