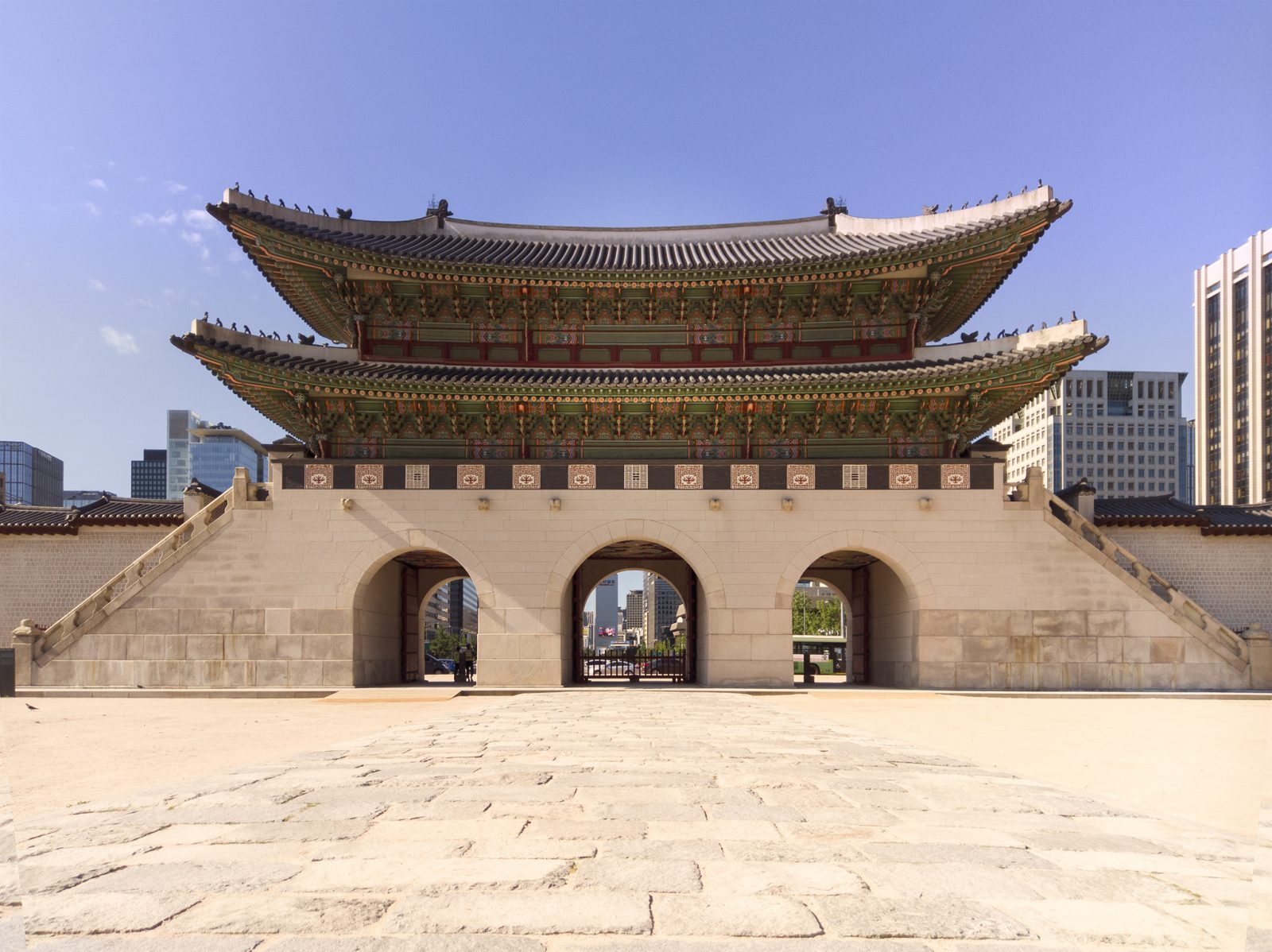 June 30 that became July 1
On the Road to Seoul

Some months ago the Society for Motor Manufacturing and Trading (SMMT), of which Silent Sensors is a member, invited a select group of young, innovative companies to join them in a trade mission to South Korea.  We were lucky to be invited, and even luckier to be selected.  It was going to be a very busy schedule, we were told, with lots of meetings, stand-up presentations and exhibitions across the country. Basically action-packed, and so it proved to be!

The order went out – everyone to be at the Prince of Wales pub in the departure concourse of Terminal 4 Heathrow by 16:30 on June 30, as we are heading to Seoul. It is an eleven hour flight and by the time we arrive it will be the afternoon of the day after.  Second clue: when in the pub look for the man with the red hair.  There he was, talking to another. “Red” turned out to be Steve Mellor from Hieta Technologies. In the many events during the week to come Steve showcased some of the most beautiful machinery I have ever seen, where form and function fuse into pure art.  With him sat Mike Fish from Dontyne.  Though he didn’t yet know it, Mike was to have a very successful week in Korea.

After me everyone arrived in a rush: Gboyega Oshin from Magnomatics, Ruta Aisthorpe and Matt Smith from SMMT, Alan Smith from Enventive, John Sellors from Impression Technologies, Simon Andrews from ConnectUs Technology and Mike Hawes, CEO of SMMT.  Greetings made all around, conversation quickly turned to the World Cup and England’s chances.  With the time difference it was going to be a struggle to see any matches, for in Korea they would all be played deep into the night.  Time up, thirst quenched, this brief fellowship of ten headed to the gate and an adventure beyond.

Eleven hours is a long flight.  In-flight movies take you so far, restless sleep a little further, and the rest is paced out in thoughts and wanderings.  At least there was leg room, and a first taste of Korean food.  We flew quickly into the night, the last flicker of sunlight glimmering away as we flew over Sweden.  From there on lay dark Russia.  Morning rushed up at us over Siberia.  Noon caught us over the wild lands between Russia, Mongolia and Manchuria, with sparsely wooded grasslands staring blankly at us.  Clouds took away the afternoon and heavy rain greeted us as the Korean Air 747 landed at Seoul.

With landing papers done, passports checked, bags picked up, welcome signs read and with Alessandro Marongiu joining the party, everyone was mustered then allocated to the three shuttle vans that were to ferry us to the hotel.  Three black, dark paned Hyundai Grand Starex they were, coursing through the rain along the highway in close order from Incheon into the heart of Seoul.

The Plaza Hotel sits facing a green, beyond which lies the old City Hall, now a museum, and the huge, blue glass, frozen tidal wave of a building looming over it that is the new City Hall.  Time enough to refresh then meet up together to enjoy our first real Korean meal.  For most of us, me included, this was our very first time in Korea.  Every moment was to be savoured; this first meal especially.

Pouring rain could not dampen our enthusiasm as Matt led the way to a traditional restaurant just a few paces beyond City Hall on Mugyo-ro (“ro” means street).  Delicious the meal was – beef and pork char-grilled in front of us, with vegetables and sauces of many types and flavours.  My first taste of Korea’s classic kimchi too, this one the ‘light summer’ version.  Refreshment ordered all around, Matt introduced us to the custom of filling not your own glass, but that of your neighbour.  After that the Cass beer flowed merrily from hand to hand and glass to glass.

It was a long, long day.  Bed was sweet.