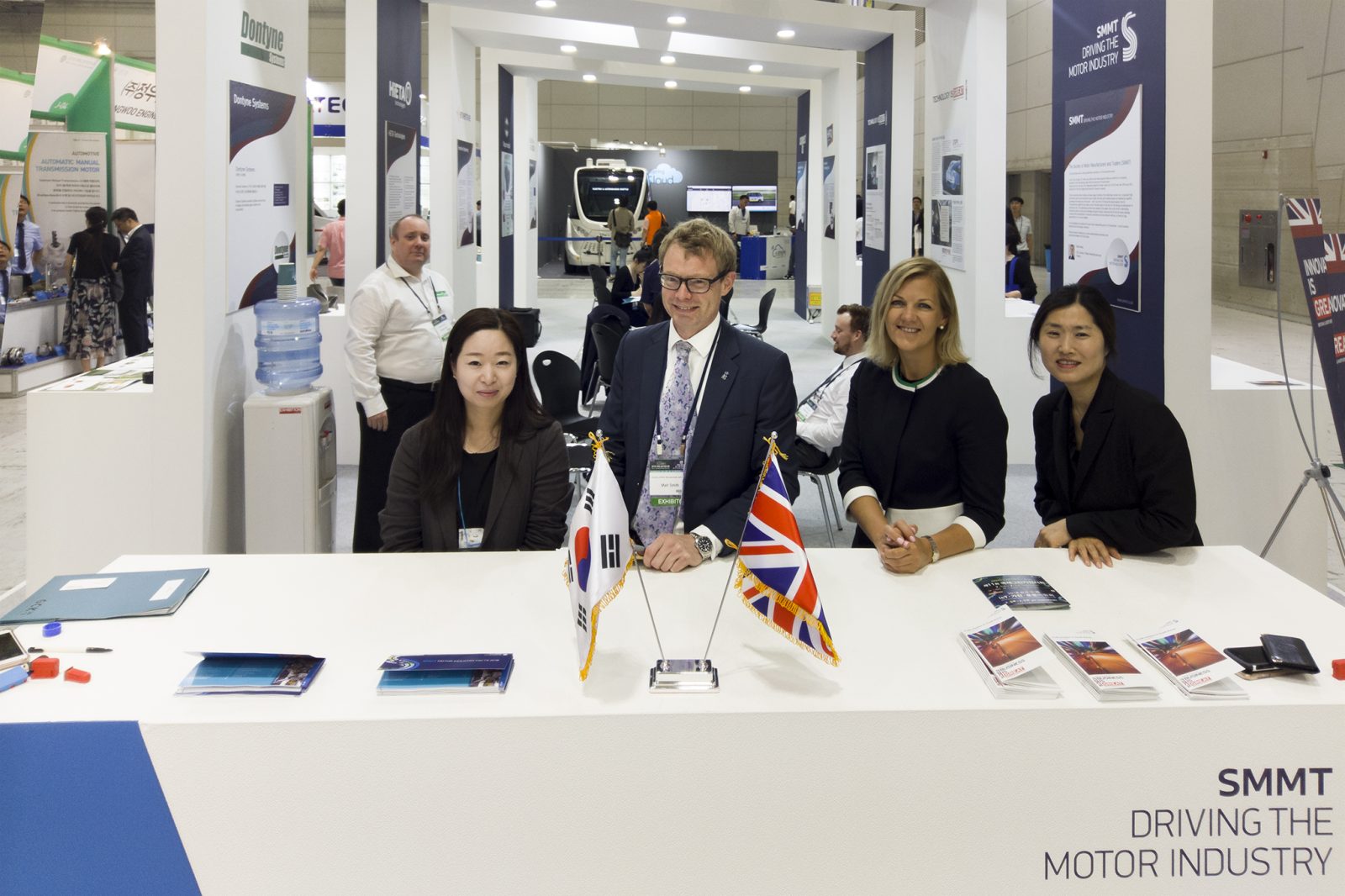 This fifth day of activities was entirely dedicated to the Korea Green Car Exhibition.  Here SMMT, with the support of the UK Government and Embassy, as well as the local authorities n GwangJu, had arranged for a stand to showcase not only British automotive prowess in one of Korea’s automotive hubs, but also each and every one of the companies participating in the mission.

It was a beautiful stand, very cleverly designed to highlight each one of the companies.  Truly impressive.  After the ceremony to open the Exhibition and a walk around by national, regional and city officials, the mission companies were instantly busy meeting with engineers from a number of automotive and components companies, talking about manufacturing processes, new 3D printing techniques, telemetry systems, gears and extrusions and, of course, RFID tags and sensors.  Lunch was no respite, with the afternoon set for meetings booked in advance.

SMMT members at their stands

The Exhibition and its associated events effectively closed by five pm, but there was no rest for us, as we were to attend a series of prize giving ceremonies to local university students who had all competed to create their visions of green transport and other sustainable initiatives, supported by ICAT.  All was in Korean, so we could only applaud with others in the audience as each group came up to the podium to accept their awards.  In the end the presenter was still speaking as everyone lined up to help themselves to the buffet, for such are the nature of all such ceremonies.

We all jiggled down the line to pick up an assortment of tasty bites, to then hunt for a space big enough to park a small dish on one of the high tables dotted around the hall.  I landed up on a table where I quickly fell into conversation with a French business consultant, Thierry Nannette, who lives in Korea and helps companies find business opportunities there.  Others from our fellowship joined the table and the conversation quickly and inevitably turned to soccer, with both England and France angling for the World Cup Finals.  Soon after we all went our separate ways to round off the evening.